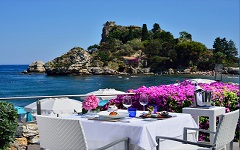 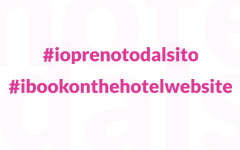 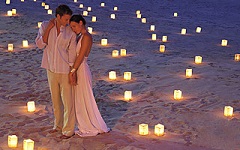 Taormina is one of the best-known tourist locations in Sicily and in the Mediterranean and the destination of cultural events that make Taormina a starting point from which you can visit other Sicilian tourist locations. With thousands of years of history, traces of past civilizations, its monuments and the sea, Taormina it ideal in every season, both for lovers of a peaceful holiday in contact with nature and also those who desire a holiday loaded with excitement and encounters.

Isola Bella
King Ferdinand I of Bourbon donated “Isola Bella" to the Municipality of Taormina in 1806; subsequently it was bought by Miss Travelyan, who it introduced the first exotic trees and shrubs, which are still an integral part of the island's greenery today. In the years in which it was inhabited, the island became a meeting place for artists, entrepreneurs and ship owners. Today Isola Bella is the property of the Sicilian Regional Authority. Isola Bella is known throughout the world as the "Pearl of the Ionian Sea". It is linked to the mainland by a narrow strip of sand, the shape of which is continuously modelled by the sea's currents and tides.